if you sit under the table, you'll get rice on your head
4 Comments

going to the mattresses 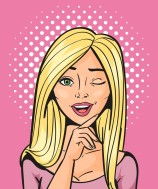 As they have all my life, men (or in the beginning, boys), continue to fascinate me. Aside from the obvious fact that they are “suited up” differently for the game of life, they all seem to have the same game-playing info encoded in their brains that’s different from a woman’s. Maybe it’s that their antennae pick up different signals. Maybe it’s that they get a different book (The Guy’s Book) than women do when they’re born. But it continues to beguile me.

For example, let’s take “going to the mattresses.” Any guy worth his stuff knows that it’s a line from The Godfather, when Clemenza talks about hot-headed Sonny wanting to prepare for mob war — wanting to “go to the mattresses.” Go ahead, ask the guy sitting next to you at work, on the bus, or at the movies. They all know.

Then there’s the basket catch. Every  man of a certain age (old enough to have idolized Willie Mays), knows Mays’s signature catch, the crowd-pleasing move that made him center stage in center field. They all know.

And the stats. Every man I know can recite the stats from at least one pro sport as easily as reciting his own name and address. Which NBA team won the title in how many games in any given year; in what year did Sandy Koufax pitch his perfect game and against whom (1965 against the Cubs); the winning scores for every Super Bowl ever played. They all know.

The tie maneuver. It’s the thing men do when they’re wearing a tie and are about to sit down, putting their hand up against the tie to keep it from hitting the desk or table. It’s a small move, but they all know instinctively to do it (and it looks so, I don’t know, manly).

I find it all appealing. I love the fact that my husband knows and does all this stuff — it’s like I finally have that really cool boyfriend I dreamed about in high school.

← kissing sagebrush
you want a pizza this? →

4 comments on “going to the mattresses”

when i’m not writing this blog …